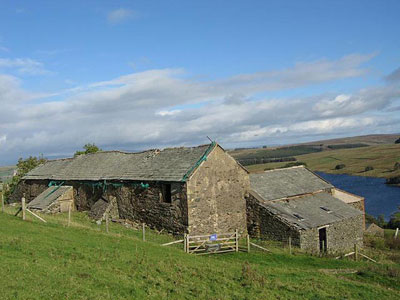 An icon of 80s British cinema is available at Auction in February – Uncle Monty's cottage from Withnail and I.

For the uninitiated, Withnail and I is a British cult classic, as two 'resting' actors head out of late 60s London and 'go on holiday by mistake' to Cumbria, specifically at Uncle Monty's country retreat. If you haven't seen the movie, trust me, you really should.

The cottage used was actually Sleddale Hall near Shap in Cumbria, which is actually owned by United Utilities, who are selling it for a guide price of £145,000. For your money, you get the unoccupied, isolated (and run down) 18th century cottage, packed with many of the original features from the movie and a few unwelcome ones – like walls full of graffiti from fans.

You'll need planning permission to turn it back into a family dwelling, but if you get it (and you like total peace and quiet), it could be a shrewd investment. The property goes under the hammer at Savills on 16th February 2008.

One thought on “For sale: Uncle Monty’s cottage from Withnail and I”