It's aimed at kids, but a lot of us big kids will almost certainly be picking up the Lego digital camera.

The camera is part of a range of gadgets being produced by the company, which also includes video cameras, MP3 players, walkie talkies, boom boxes and radio alarms, all made of Lego bricks, but all arriving ready made.

Details about the camera are scarce, but as it's primarily aimed at kids, expect it to be tough and robust, with the option of re-building the case should there by any 'little accidents'. Initially arriving in the US, the range will sell for between $19.99 and $59.99, which seems cheap enough to me. 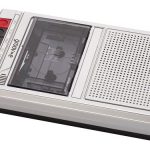 One thought on “Lego to launch brick-like digital camera”