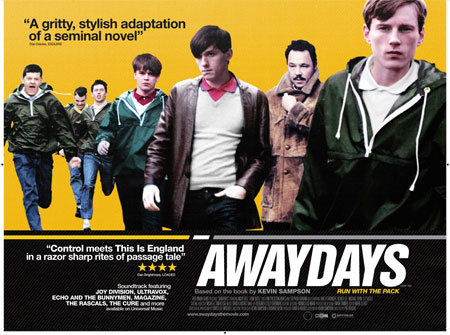 It's not at the cinemas until May 22nd, but we've just got the first news (and images) from the movie adaptation of Kevin Sampson's superb late-70s set novel, Awaydays.

Set during the dawn of the 'football casual' era, Awaydays is in one way a tale of Tranmere Rovers' hooligan following and its meetings with other firms in the third division. But just as much (if not more), it's also a tale of the era – unemployment, drugs, fashion, clubs and the post-punk music scene of the day. If it's done well, it could be one of the films of the year.

See over the page for a couple of large stills from the movie, as well as the official trailer for it. 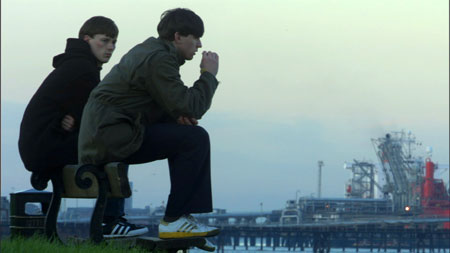 One thought on “Coming soon: Awaydays the movie”