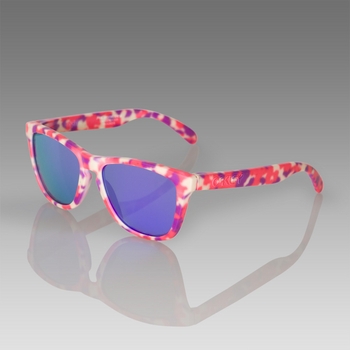 Last year, we featured the limited reissue of the Oakley Frogskins, which were originally launched by the company back in the mid-1980s. The reissue must have proved successful, as they're back again – this time as a collaboration with British fashion legend Paul Smith. They're even more exclusive this time around, with only 500 copies available for each of the four colourways.

The designs are all in vibrant colours, inspired by the surf and skate scene where they first became popular. Each pair carries the Oakley signature on the outer stem and Paul Smith Jeans Limited Edition Frogskins on the inside, just to prove how special they are. A pair will cost you £170.