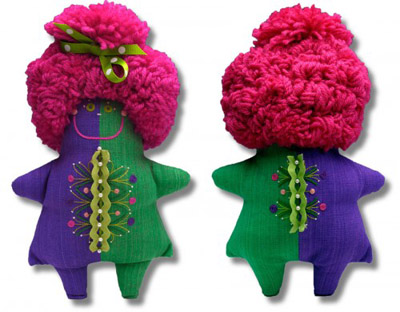 Marilyn Neuhart was a designer and writer who worked closely alongside Charles and Ray Eames and also Alexander Girard, at whose Textiles & Objects shop these embroidered T&O dolls were originally sold. They've now become collector's items and have been reintroduced by MaXimo Design in various guises.

The cheapest option is the printed dolls which sell for between roughly $75 and $140. The original dolls were embroidered by Neuhart: these are instead hand sewn by a women's collective in New Mexico. The step up from this is a selection of dolls sewn, embroidered and named by the artist herself, which includes 'Amy Sue', pictured above and who sells for $800. Finally, for collectors, there's a selection of the original vintage dolls available which command even more impressive prices. They are bright and attractive looking objects, however, at these kind of prices they are definitely toys for adults, rather than kids!
You can find out more online 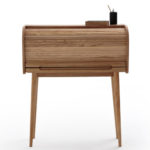