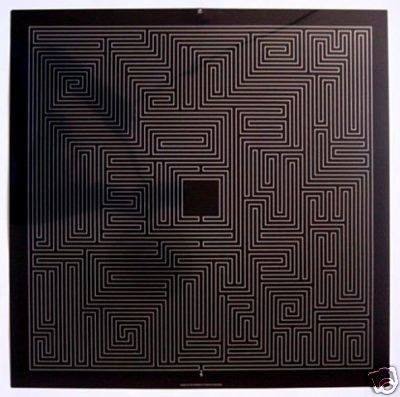 We've featured the work of Alan Fletcher previously, and for those of you who don't know he is one of the most influential figures in British graphic design, so much so that he had a retrospective at the Design Museum in 2006/7. This art work Maze is a chance for you to own what could be a unique piece.

This rare piece features a large maze design printed on 1mm alumnium sheet with fine metallic lines creating the maze pattern, and mirrored black background. It says on the piece that it was designed by Alan Fletcher of Fletcher/Forbes/Crosby (which later became Pentagram).

The work is on eBay and is a sized at 51 x 51cm and is good condition and is available for a buy it now price of £350, although it is also possible to make an offer so you never know you might get it a bit cheaper.