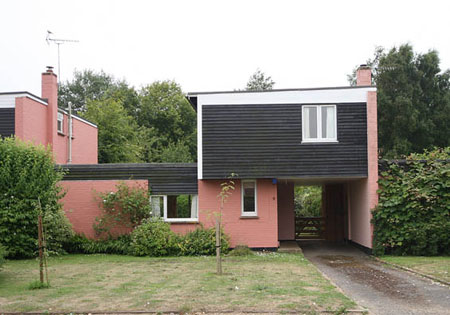 A house by a noted modernist designer overlooking the sea for under £300,000? That's what you get with the 1960s-designed East Lane house in Bawdsey, Suffolk.

it is one of six just a short walk from the coast, the work of Swiss-born architect Rudy Mock, a modernist designer in the 1930s and associate of two of the biggest names in 20th century architecture – Louis Kahn and Frank Lloyd Wright. He moved to London in the 40s, creating these houses in the 1960s – including one for his own use. Such was the buzz about the houses at the time that all sold for well over the going local rate. They're still rated today, with English Heritage considering listing the properties.

For your money, you get a house in a quiet Suffolk village, albeit a small house at just 750 sq ft internally. Saying that, it does currently have four bedrooms, a reception/kitchen/diner and plenty of period features, including some cool wood panelling and parquet flooring.

Check out the website for more pictures and if you like what you see, you can pick it up for around £265,000.