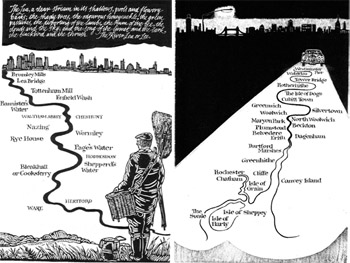 You may be aware of the book Caught by the River, an anthology of thoughts about water including pieces from the like of Irvine Welsh, Jon Savage, Bill Drummond and Edwyn Collins. The book also included some beautiful linocut 'maps' by John Richardson which are now being released as prints.

The prints more than stand up on their own merit and show the journey down several rivers: the River Lea and the Lower Thames pictured, as well as the River Cary, River Coquet, River Ogmore, River Wandle and Upper Dorset Stour. They fit perfectly into the mood for rediscovering the British countryside even if, as in the case of the River Wandle, the city is shown encroaching onto the landscape. Each print costs £80. 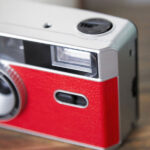