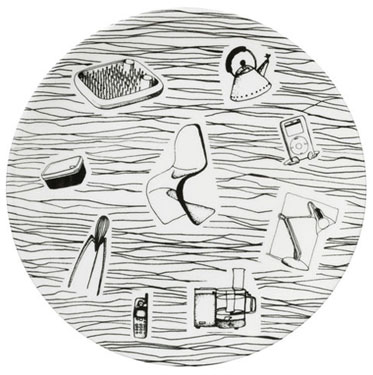 Homemaker homeware is something of a mid-century classic, sold on the high street in the 1950s (most notably, in the now-departed Woolworths), it was cheap and cheerful at the time, but is now sought-after by anyone who wants something period and kitsch for their tea and cake. If you don't believe us, check eBay for some price estimates. Which makes Yoyomaker all the more appealing.

At first glance, you might think it's much the same as the original. But look closely and you'll see that the original's images of period sideboards, spoons and lamps have been replaced by items from the last 30 years – including Nokia mobile phones, iPods, Panton chairs and a Braun food processor. In fact, half the fun is picking them all out.

You can buy the mugs and plates individually or in a set, priced from £15 per piece. See the mug over the page. 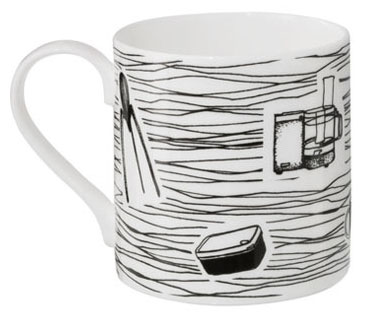