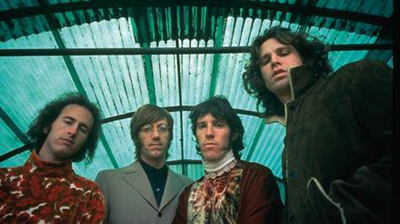 The BFI London Film Festival (14-29 October) always includes screenings of restored and rediscovered classics in their “Treasures from the Archives” strand, but this year the festival also has several other notable films with a retro theme.

Possibly one of the biggest attractions of the whole festival is the Closing Night Gala screening of Nowhere Boy”, which is about the early years of John Lennon, based on Julia Baird’s book “Image This: Growing Up with My Brother John Lennon”.

Still on a musical note is “When You’re Strange: A Film About The Doors”, a documentary by indie director Tom DiCillo. Using a large amount of previously unseen footage, the film documents the rise of the band and the self-destruction of Jim Morrison. Directed by Ang Lee “Taking Woodstock” is described as a “gently funny and goodhearted story about one young man's involvement in the landmark festival” which should be worth a watch for some nice period detail. Moving to the late Seventies and early Eighties, “Blank City” portrays the anti-establisment vibe of New York and CBGBs.

For details of screening times and to buy tickets, visit the BFI website.