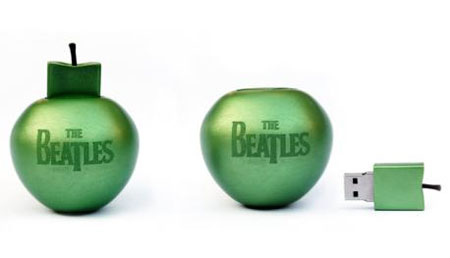 The Beatles hierarchy seems less than keen to officially offer the band's back catalogue for digital download, but it has sanctioned this rather cool little release – The Beatles Stereo USB Apple.

A specially designed Flash interface has been installed, and the 16GB USB’s audio and visual contents will be offered in FLAC 44.1 Khz 24 bit and MP3 320 Kbps formats, fully compatible with PC and Mac. 30,000 of these will be made, with 100 available for pre-order in the UK. Price? £200. If you're in the US or elsewhere, check the official site for your own ordering details.