A gem from the archives is back on the market – the TAG Heuer Silverstone chronograph watch.

Specifically from 1974 and returning in February 2010, the watch features (for the technical amongst you) the automatic caliber 11 Chronomatic with micro-rotor by Dubois-Depraz and engraving that highlights the 150th anniversary of the company. But above all, it's got style, lots of it, as well as a timeless appeal.

To celebrate the year of TAG Heuer's birth, 1860 will be produced for an as-yet undisclosed price. We doubt they will be cheap. 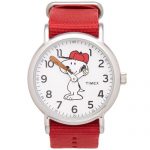