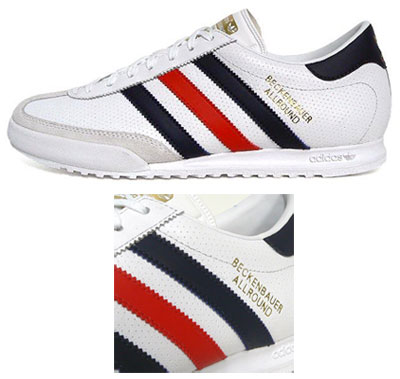 A good all-round trainer that was first seen in the early 80s is back in the late noughties – the Adidas Beckenbauer 1980s trainers.

Introduced in 1982 and named after the West German football legend, the shoes were produced initially as an all-purpose football shoe, but like most of the Adidas range, soon took on its own life on the streets of towns and cities.

You can pick up a dull black version, but the white, red and blue version (above) is the real star, matched up with a 'high impact' training outsole and perforation for that leather upper. Pre-order now for January delivery, price is £55.