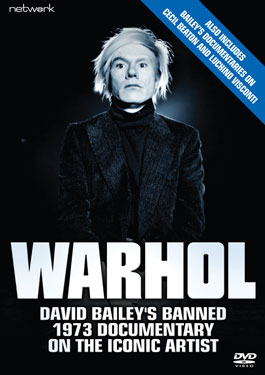 Don't be fooled by a title. If you already own the Bailey On… DVD which was released back in 2006, you'll effectively already own the forthcoming David Bailey On Warhol, which lands on 18th January 2010. If you don't own it? Well, it's certainly worthy of your attention.

In the early 1970s, David Bailey broadened his horizons away from photography by making high-profile documentaries for ATV. His reputation allowed him unprecedented access to Andy Warhol and his followers, exploring his art work and film works, throwing in candid discussions revolving around sexuality, Warhol’s life at The Factory and his experience of being shot. It was initially banned for being 'offensive', a ban that was overturned soon after.

Also here as 'extras' are two further David Bailey documentaries, one on photographer Cecil Beaton and the other on Italian film director Luchino Visconti, along with a booklet containing the full transcripts (including deleted scenes) for Warhol. You can pre-order now at Amazon for a bargain £4.98. 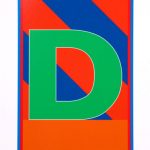