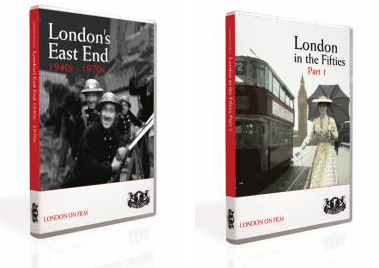 More views of London, this time through archival footage courtesy of the London on Film DVDs. The collection of eight DVDs is the result of a collaboration between Independent Film Studios and ITN Source New Classics – ITN's historical archive.

Each DVD is about an hour long and uses the historical news footage to focus on a different aspect of the city's history, covering quite a diverse range of topics: there's two on the history of the East End starting from 1900 and going up to the 70s, two on London in the 50s, while the others look at the Krays, Lost Docks, Railways and Haunted London. There are plans to release 100 DVDs in the London on Film series over the next five years so, if nothing appeals to you there, there's bound to be something to capture your interest eventually.

Buy them from Archive Film shop

My Own Morph – re-live your childhood