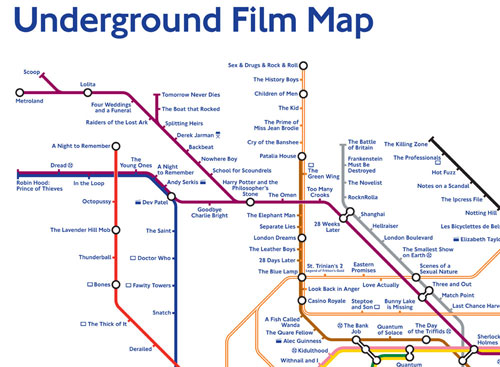 As we said last time, this is a unique reinterpretation of the famous London Underground Map with all the station names changed to represent the past 70 years of films shot on location at or near London Underground Stations. If you're a film fan, it's a dream.