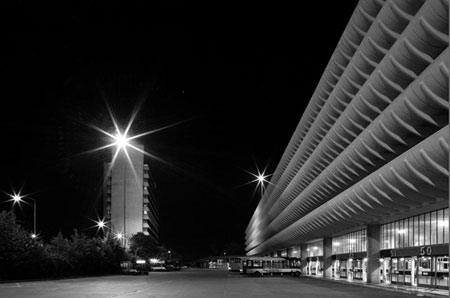 Above image courtesy of Lee Garland

One day, you'll tell your grandchildren about the large concrete buildings of the 1960s, how they once dominated their landscape before the local authorities knocked them all down. Including Preston bus station.

Preston bus station was built in the late 60s, a huge structure with room for 80 double decker buses, 1,100 cars and subway access from the city via three routes. It's not exactly looking its best right now, but if you're ever in the area, you really should check it out – before it goes, which is likely to be in 2011.

Preston Council wants to knock it down to make way for the usual shops, apartments and office space, but English Heritage is keen to protect the building, claiming this type of structure is becoming 'increasingly rare'. The 20th Century Society is also keen to see it Grade II-listed, due to it being of 'national architectural and historic interest'. It want the Bus Station to be 'imaginatively refurbished' and to 'provide a strong and practical focus' for the regeneration.

Unfortunately, that's not the view of Culture secretary Ben Bradshaw, who has ignored the words of English Heritage, claiming the bust station is 'not of sufficient architectural or historic interest' to have protection. Yes, government ministers know better than the body set up manage England's historical environment. Or at least, they claim to.

This decision obviously takes away any protection of the structure, should the development of Preston city centre go ahead. There is still time to save Preston Bus Station, but it's already looking like the heritage bodies are fighting a losing battle. 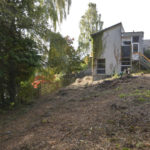