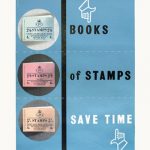 Tretchikoff lampshades from Graham and Green

Zeitgeist and Glamour: Photography of the ’60s and ’70s