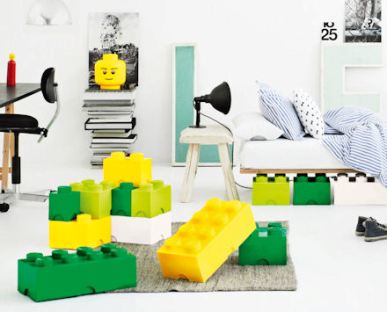 We have previously featured Lego-like boxes, but these Giant Lego Storage Boxes are produced under license from the toy company itself and sold exclusively by Store.

Like the regular Lego bricks, these can be clicked together to make something bigger. The bricks are available in large (with eight knobbly bits) and medium (with four knobbly bits) and in choice of six colours. As well as two sizes of bricks, the range also include a Giant Lego Man Storage Head, which you can see lurking at the back of pictured here. Whilst I love the boxes, I’m not altogether convinced by the head, finding it rather disturbing, but I can see that it might appeal to some people.

The boxes cost £26 for the large and £17 for the medium, And if it is to your taste, the storage head costs £20. Pre-order them online from Store now for delivery in mid-August. 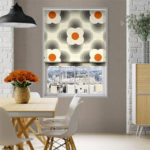 One thought on “Giant Lego Storage”