Something of a coup for us here – we have a first, straight from the studio, look at a print from the forthcoming In the Long Run: 30 Years of the Great North Run series, the work of Sir Peter Blake.

As part of a collaboration between Bupa Great North Run Culture and Opus Art, Sir Peter Blake is producing a portfolio of 10 limited edition prints which will celebrate 30 years of the Great North Run as well as the heritage of running. The images will be on display at an exhibition at the Great North Museum from 17th July – 17th October 2010, with editions of the prints for sale exclusively through Opus Art.

But the Sir Peter Blake prints are certain to be the headline grabbers. The one above is an initial image straight from the studio, so might change before it goes on display. But at least it gives you an idea should you want to purchase the prints. If you do, you can register your interest at Opus Art now, without obligation. They are likely to prove very shrewd investments. 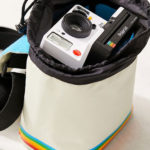