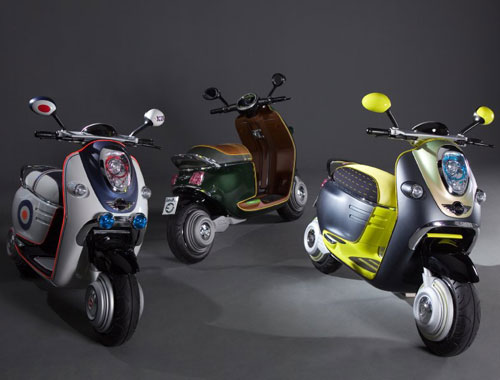 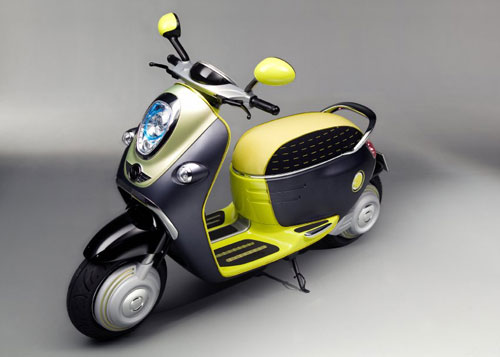 Sadly, there isn't a large image of that 'mod' bike available, but all of the range shares many similar features, with small wheels, Mini-like, ball-shaped headlights and switches, an oversized speedometer and a charging plug that can be pulled out of the scooter's body. The scooter also has a number of small storage compartments for sunglasses, mobile phones etc.

Speed-wise, you'll not get much above 31mph with the electric engine and the maximum distance between charges is around 62 miles. There's also a slot for an iPhone that serves as the on-board computer, navigation system and jukebox amongst the 'tech' features. Presumably other smartphones can slip in too or that certainly limits the market.

No news of when you'll see one. If there's interest, 'within a few years' has been quoted and as BMW point out, it already has a motorcycle division, so getting it to market should be a fairly swift job. 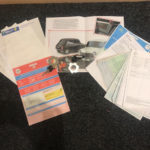