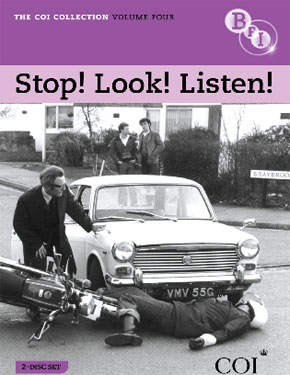 Special features
I Stopped, I Looked and I Listened (John Krish, 1975), 16 mins. A trip down memory lane and some road safety advice for the older pedestrian
Booklet with introductory essay and contextualising notes on each film