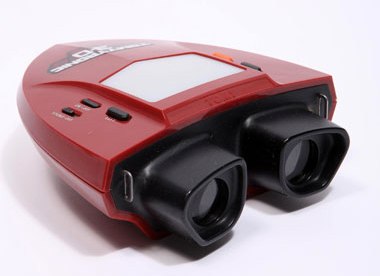 Another piece of vintage electronic gaming from Urban Outfitters and Kiranbe Collectables; this time it’s the Tomytronic Sky Attack Console.

Originally released in 1983, the game was inspired by the original Tron film. The aim of the game is to guide your tank and destroy enemy aircraft flying overhead. Like the Donkey Kong game we featured a few weeks ago, this is undoubtedly on sale for a good whack more than it cost in the 1980s (even taking into account inflation!), but rather than trawling ebay or vintage shops, it could worth it for the ease of buying it from Urban Outfitters.

It costs £70 from Urban Outfitters.