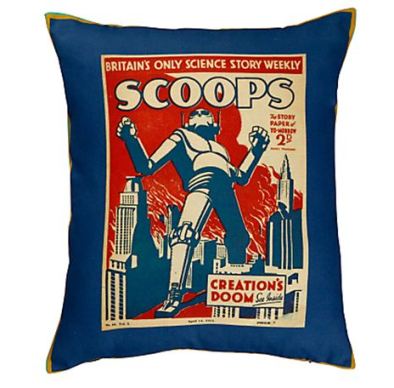 Andrew Martin’s products have been cropping up in several shops recently with this Scoops Cushion being sold in John Lewis.

The designer has produced retro pop culture-influenced cushions before with designs featuring vintage pin-ups and the Beatles. This time is a vintage comic book that provides the inspiration. The kitsch design features a giant robot on the rampage on the cover of Scoops comic. The image is actually from a real issue of Scoops from April 1934. The cushion costs £60.