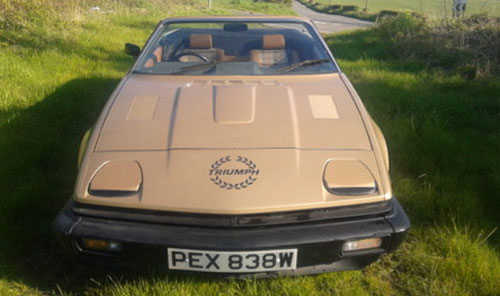 If Bodie or Doyle from The Professionals were on the hunt for a new car, you would imagine something like this 1981 Triumph TR7 Convertible in gold fitting the bill.

In fact, judging by the condition of this model, a new one from 'back in the day' would be almost identical to the one on offer here. This distinctive sports car with the pop-up headlights has apparently been 'dry stored' and only makes an appearance 'when the sun comes out'. Like now, for example. 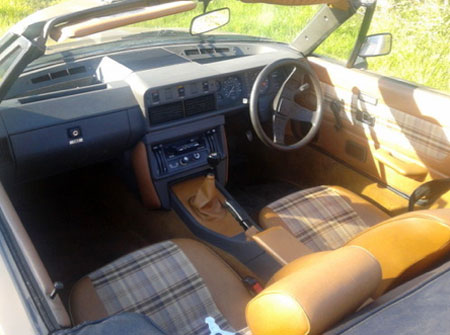 It's described as being in 'great condition inside and out', right down to that original check interior. It's also had a new battery and a service for the start of the summer, with a little over 25,000 miles on the clock.

Drawbacks? According to the seller, there is a 'slight area of bubbling' at the bottom of the driver's door, but 'generally speaking one of the best condition and lowest mileage drop head convertibles around'.