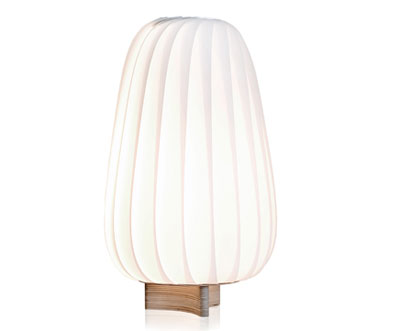 The lamp is made from white plastic with a birth wood base. The shade has a twisted effect which adds an interesting look to it. It would look equally good in a stark white 1960s space-age style interior or a warmer 1950s-influenced room. It costs £275 which certainly isn’t cheap and whilst there are probably similar things available for less, they won’t have half the style of this.

Buy it online at Heal’s.