Skip to content
357shares
Note all articles are independently researched and written by myself. However, if you buy via one of the links it may be an affiliate and I may earn a small commission. 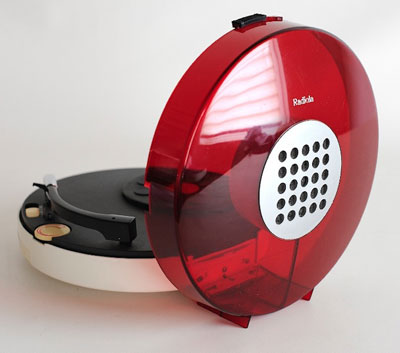 I know, we have featured one or two of these before. But as this 1970s Patrice Dupont-designed Philips 303 UFO record player comes with a (rare) low starting price, we just had to flag it up.

The player is a design classic and a space age classic, featured in the space age bible L'Utopie Du Tout Plastique 1960 – 1973 and much sought after today. But this one has a discrepancy.

The lid has been replaced with one from a Radiola ufo record player rather than a Philips one. It fits (as the photos show), but it isn't the original one. Hence the low starting price, I suspect.

But you can see it still looks the part and of course, plays records at three speeds, has a built-in handle and works off both batteries and mains. It is also said to be in 'very good' condition. If you want it, bidding is at £10.50 – which really is cheap for one of these. 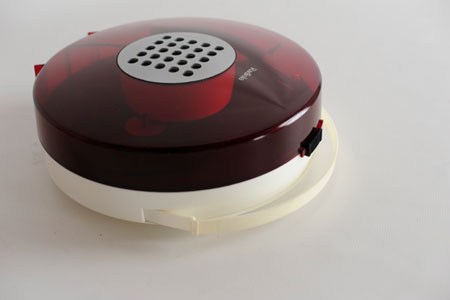