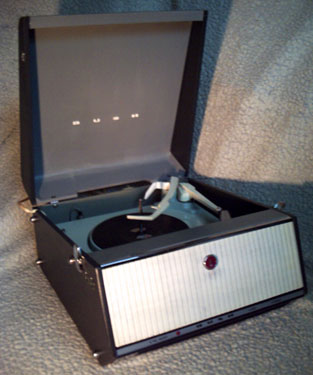 This obviously isn't a Dansette, which does indicate that this 1960s Bush SRP31C portable record player isn't going to reach the crazy price levels that some reconditioned Dansettes tend to make.

But this is very much in the same territory and has been fully serviced and restored too, which is a nice thing to know. The player dates from 1961 in a mix of dark blue and grey, with a white mesh front panel, Garrard turntable, four playback speeds and controls for on/off, volume, treble and bass. A valve amplifier naturally.

It has undergone full restoration, but is still an original player, with condition described as 'very very good'. It also has an interesting little feature too – if you have two of these and the right cable, you can playback your music in stereo!

Anyway, if you want this one (whether you have another or not), the price right now is £5.19. 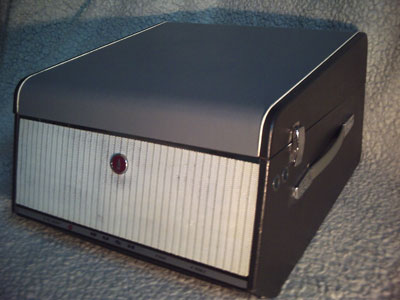