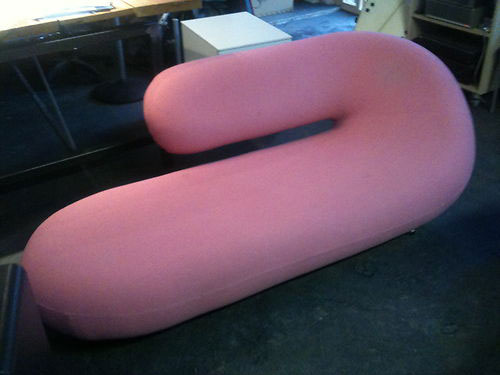 Bargain of the week on eBay and we're only into Monday! I'm talking about the 1970s Artifort Chaise Longue by Geoffrey Harcourt, which is available for minimal money (right now) and with no reserve. In fact, there are two available in different colours.

We have featured the design before and if you want one new, you will be looking at the best part of £3,000. That's to be expected for an iconic 1970 design and space age classic. But the ones on eBay are a fraction of that price.

The two pieces are being sold due to a lack of space, with a choice of either blue or pink for the colours. As for condition, the pink one is described as having a 'slight pin hole' on thew underside, but other than that, looks good to go. The blue one is described as being in similar condition.

As for those prices, the pink one is just 99 pence right now, while the blue one is at £1.20. No reserves, so these have to go. You can see why we're flagging them up as bargains. 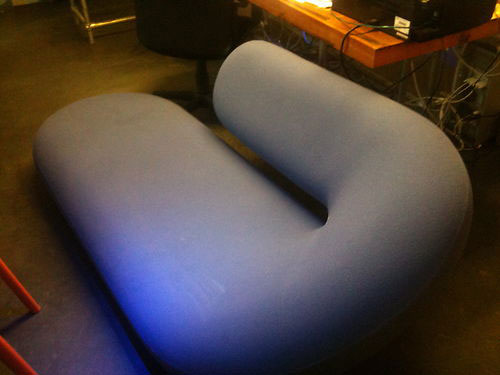