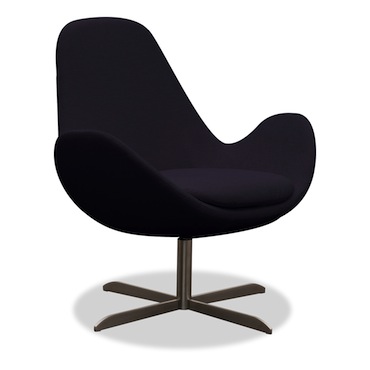 Fashion For Home describe their Houston lounge chair as 50s Scandinavian influenced. There's certainly one Scandinavian designer who seems to have influenced this design: Arne Jacobsen and his 1958 Egg and Swan chairs.

It's definitely a case of being influenced by, rather than copying, in this case. For while the Houston shares the curved, upwardly lifting arms and the swivel base of both Jacobsen designs, the chair back gives it its own look – in fact one that might be considered worthy of a swinging sixties pad.

The chair is available in several colour options, and it comes at a price that's certainly cheaper than most original 50s designs. It's yours for £699.