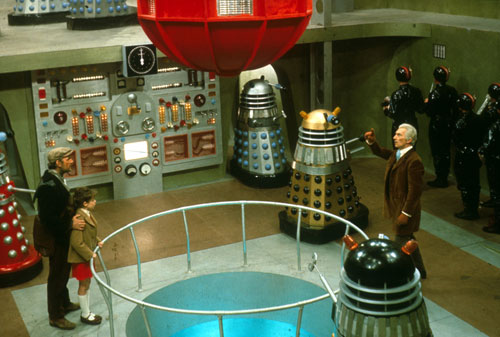 They might be a million miles away from the current Doctor's adventures, but the 1960s movies Dr Who & The Daleks and Daleks' Invasion Earth 2150 AD are still a lot of fun. They are also heading to the shelves on the Blu-ray for the first time soon.

To coincide with the 50th anniversary of Dr Who, both movies have been digitally remastered and available in HD for the first time, throwing in a host of extras on each disc too.

Both are available from May 27th 2013, with Dr Who & The Daleks (1965) being the first time the Timelord (Peter Cushing) appeared in colour, hitting the Daleks' home planet of Skaro, a primitive world devastated by nuclear war and populated by two warring species. Extras include an Audio Commentary with Roberta Tovey and Jenny Linden, Dalekmania, Restoring Dr. Who And The Daleks (new!), an interview With Gareth Owen, stills gallery and trailer. 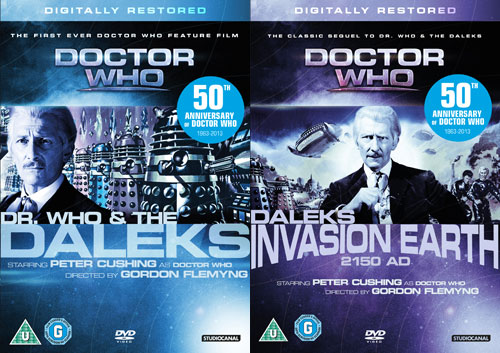 Daleks' Invasion Earth 2150 AD is a trip into the future, with planet Earth controlled by the Daleks, with the London Underground hosting a group of resistance freedom fighters, planning to attack the aliens, especially when the Doctor arrives. That disc has extras including Restoring Daleks’ Invasion Earth 2150 AD, an interview with Bernard Cribbins, an interview with Gareth Owen, stills gallery and trailer.

Both are available to pre-order from Amazon for £12.50 each. Details are here and here.