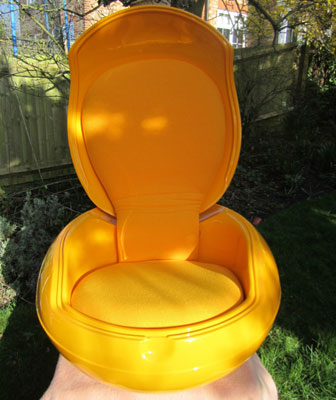 The sun is heading our way, as is summer, which makes this 1960s Garden Egg Chair by Peter Ghyczy a fine thing to own.

This 1968 design is a genuine authorised production from Ghyczy's own company, rather than a repro – you can see the documentation for it on the listing showing it as an original, certificated, signed and numbered example. This was originally bought by the V&A and displayed in the store at the museum during the Cold War Modern exhibition in 2008, one of three supplied as a special order.

So if you want some space age seating for your garden (or conservatory, would work well in there too), this is worth a look. Especially at the price – these sold for £1,200 in 2008.

This one is nowhere near that, despite looking like new. The price is £400 right now. More images and those all-important documents on the listing. 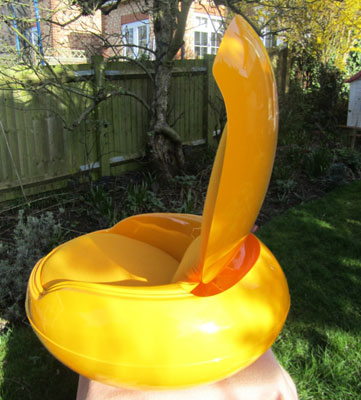