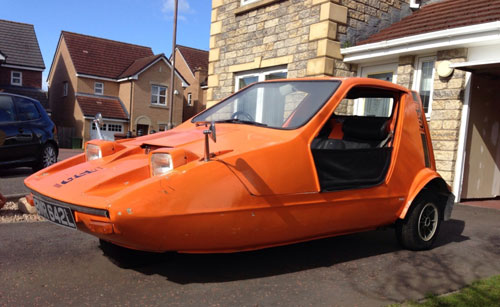 Nothing to do with James Bond (although that might have been your first thought), this is actually a car designed by Tom Karen for Ogle Design (also responsible for the Raleigh Chopper) back in 1968, hitting limited production in the early '70s. Back then, this three-wheeler was the future for hip young things. Now it's a fun relic of that era.

This 1972 model has the original paint job, which needs touching up and is described as 'basically sound', but in need of some TLC, especially with the scruffy interior. It starts and moves, but doesn't have an MOT, so bear that in mind.

But it has been part renovated, with all the parts present and correct. It just needs an enthusiast to bring it back to its best. if that happens to be you, the price is £1,020. 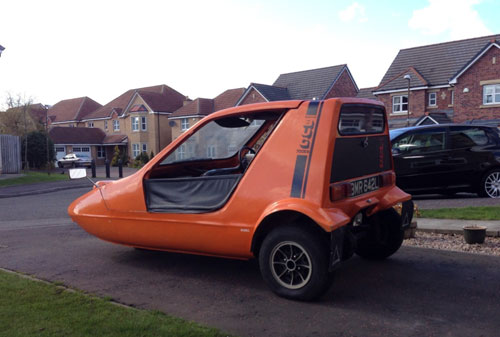