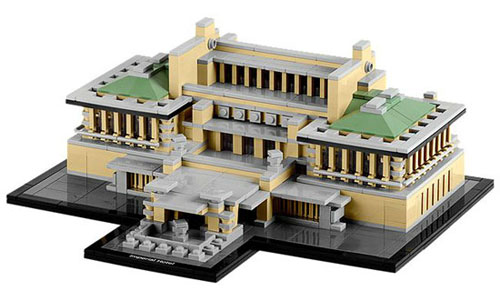 This was a 250-room hotel designed by Frank Lloyd Wright from 1916-1922, bridging the divide between the Western and Eastern worlds. It didn't last though, despite being built to withstand Japanese earthquakes. General decay resulted in demolition in the late ’60s, with just part of the building surviving in the Meiji Museum in Nogoya, Japan.

But you can rebuild it in Lego, which replicates all the distinctive features of the original construction on a 28 x 24 x 10cm model. You also get a booklet with details on the design and history.

The one downside is the price. The Architecture sets are never cheap and this one is no exception at £99.99.

Brutalism for the home: Hayward textile range by Custhom

For sale: 1960s three-bedroom detached house in London SE23 – in its original condition