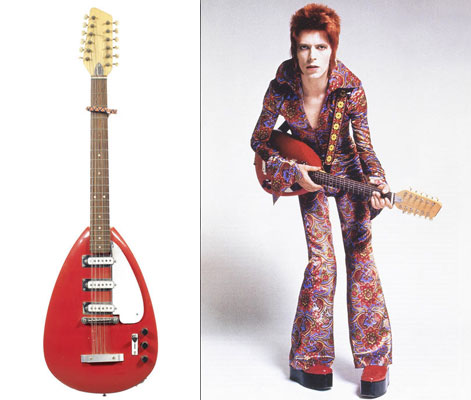 The Entertainment Memorabilia sale at Bonhams is always worth a browse, but if you are a Bowie fan, the upcoming sale has even more interest.

As ever, it's a mix of movie posters and memorabilia, music rarities and collectables plus items worn by the famous too. If that sounds like your kind of thing, do browse the full listing of the auction, which is now online.

But we're particularly taken by the gem you see above. It is a cardinal red Vox twelve-string electric guitar which was used by David Bowie as Ziggy Stardust during the promotion of his 1972 album The Rise and Fall of Ziggy Stardust And The Spiders From Mars. If you want it, the estimate is between £10,000 and £15,000.

The auction takes place on 3rd July 2013 at Bonhams Knightsbridge, with the full catalogue now online. 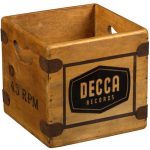 James Brown’s estate goes up for sale at Christie’s

Saint Etienne Present Songs For The Dog And Duck