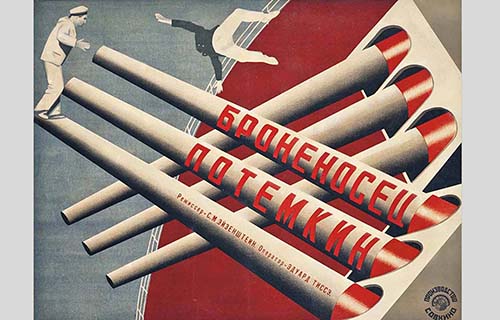 Alongside 60s psychedelic design, I'm also partial to a bit of Soviet design, so the next exhibition at GRAD (Gallery for Russian Arts and Design), Soviet Posters of the Silent Screen, is on my must-see list.

Soviet film florished in the 1920s - certainly no student of film history can be unaware of the groundbreaking work of Sergei Eisenstein.  And the graphic designers developed a visual language for the promotional posters to rival the films themselves. Although they were mass produced during the 1920s, few originals survive iwth this exhibition offering a rare opportunity to see many posters that haven't been exhibited in the UK before.

The exhibition runs from 17 January to  29 March 2014 at GRAD in London. Visit the GRAD website for further details.