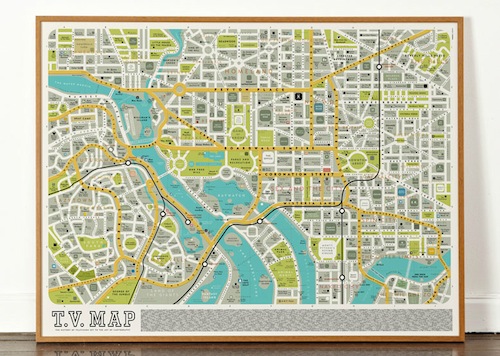 This delightfully detailed Dorothy's T.V. map print is the perfect bit of artwork for any telly addicts, featuring the titles of over 700 television programmes.

We featured Dorothy's Film Star Chart earlier in the year. This print is along the same lines, with the same attention to detail. The map is filled in with the titles of geographically-titled TV programmes, including the likes of Coronation Street, Fawlty Towers, Twin Peak and Grange Hill. There's a fair amount of retro classics on there, but the map also includes contemporary shows.

There's a A to Z key at the bottom of the chart that lists all the programmes included on the map, along with their country of origin and date of first broadcast.

Those of a more literary bent might be interested to learn Dorothy have also recently produced a book map.

It's an open edition and you can buy one for £25 online here. 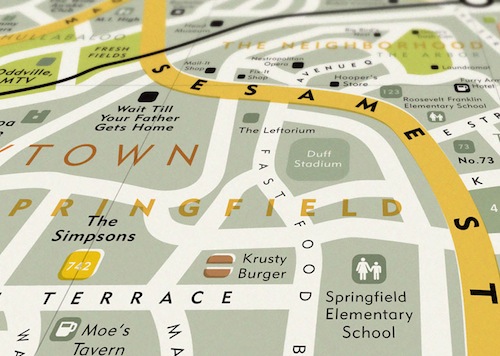