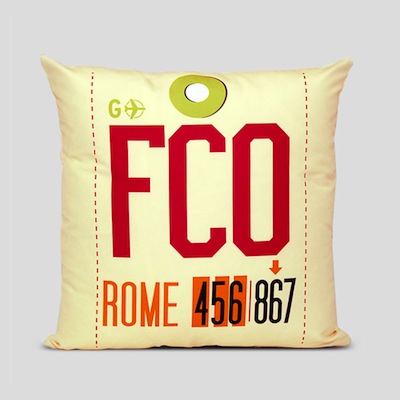 IATA codes of airports seem an unlikely inspiration for design but Airportag's cushions are some of our favourite we've seen in a long time, evoking something of the style of the 20th century jet set.

There are eleven Airport designs to date, each based around a different IATA code – they're the three letter codes used to designate different airports that started being popularized in the 1930s. These days they're most commonly seen on your boring white sticky luggage label but these cushions treat them quite differently. 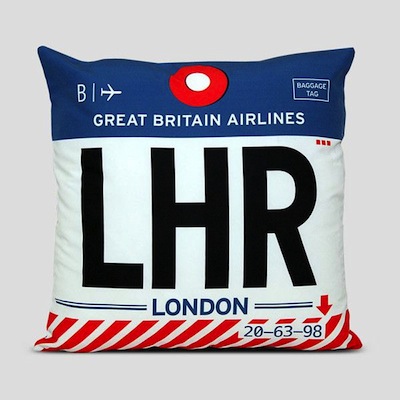 Each of the covers represents its own airport, with its own colour scheme and typography, as well as the code, The designs look like they've been inspired by the jet set years of the 1950s and 60s. 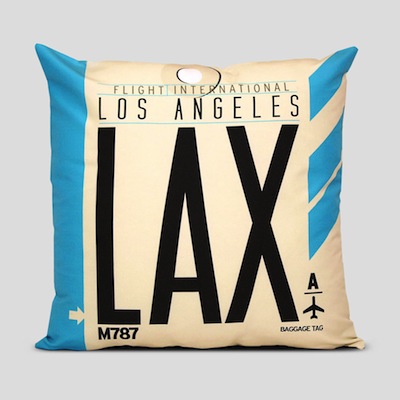 There's a suitably global range of airports to pick from: above there's Rome's Fiumicino Airport, London's Heathrow and Los Angeles International Airport for starters. Other destinations include Guarulhos in São Paulo, Toyko, Barcelona and Paris's Charles de Gaulle. You can even vote on the website to decide what city is featured next.

Ikea offers 21 per cent off everything – for one day only