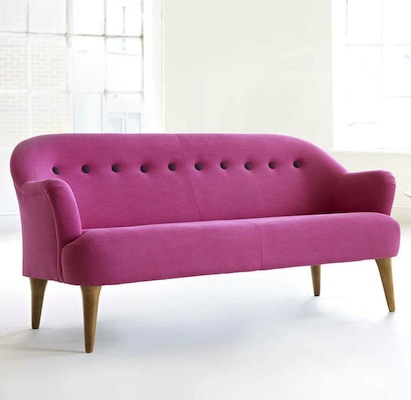 Pieff is a company often flagged up in our eBay watch for their vintage 1970s designs. But, after an interesting and varied history over the intervening decades, designs are beginning to be sold under the Pieff name again, specially their 50s Icons collection.

Pieff was at its heyday in the 1960s and 70s, a British company producing high quality furniture designs. Unfortunately it ceased trading in the 1980s, and PF Company was formed in 1988, taking on the companies design rights and original cutting patterns and moulds. That second company has now decided to trade again under the Pieff name, producing the new '50s icons' collection – of which the Hepburn Sofa shown above, and the Presley sofa shown below are fine examples. 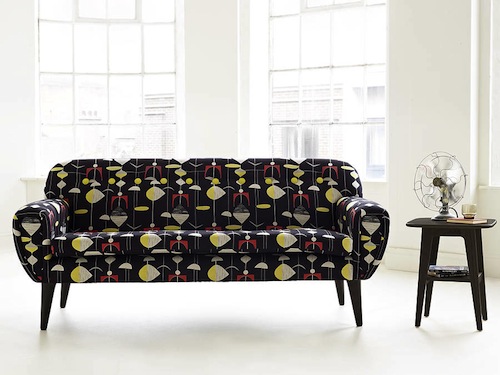 The collection is designed by Warwick Bergland, responsible for many of Pieff's pieces in the 1970s and 80s, and aims to marry 1950s styling with a contemporary feel. Both of the designs shown feature a handsome button back, paired with classic splayed legs. Upholstery comes care of British companies, with a Villa Nova fabric used for the Hepburn sofa and the distinctive Sanderson Mobiles fabric used for the Presley design. Pleasingly the pieces are still made in the UK, in Long Eaton, Nottinghamshire, and each piece is made to order.

For an idea of pricing, the Hepburn is available for £945 from Not On The High Street while the Presley is priced at £1045. If you fancy something slightly different to what's pictured, take a look at plenty more design options on the Pieff website.