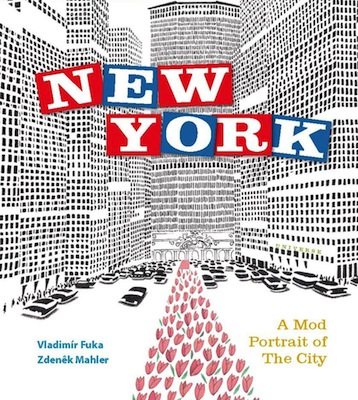 The promise of original 1960s illustrations of New York City are probably enough in themselves to get us wanting to pick up a book, but there's also a fantastic story behind New York: A Mod Portrait of the City.

Written by Zdenek Mahler and illustrated by Vladimir Fuka in 1964, this alternative guide to New York was originally published in the former Czechoslovakia in 1968. However, after Fuka escaped to the United States the entire print run was destroyed and feared lost forever. Luckily for us, Mahler's grandson found a copy hidden in his attic, and helped to get it reprinted.

What you get is a charming insight into the Big Apple as it looked in the early 1960s, depicted through Fuka's colourful illustrations and collages, along with fun facts and witty observations provided by Mahler. Over its 128 pages, the book visits many spots still on the tourist's itinerary today, from the Guggenheim to the Yankee Stadium, Wall Street to Coney Island, as well as capturing this particular moment of time in this city that never stops. 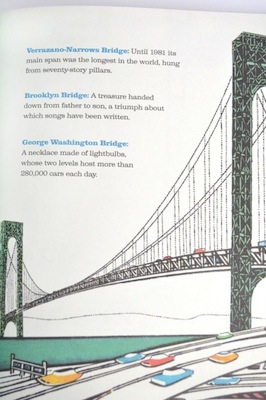 The Story of Eames Furniture by Marilyn Neuhart with John Neuhart