Skip to content
108shares
Note all articles are independently researched and written by myself. However, if you buy via one of the links it may be an affiliate and I may earn a small commission. 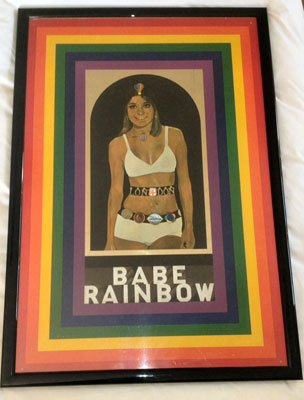 We don't know the reserve, so can't say if this will be a bargain or not – but right now, this Babe Rainbow by Sir Peter Blake limited edition tin plate screenprint is still at its 99p starting price.

It's a gem of a print too. In fact, we would even go as far to say iconic. The print of a fictitious lady wrestler was commissioned in the 1960s by Dodo Designs (a company we have mentioned before). Unusually, the print produced on tin and in a run of 1,000.

This one has been framed under glass with a black frame surrounding it and is said to be in excellent condition, sized around 68.5 x 48cm including that frame.

As we said, just 99p right now if you want to bid, but with an outright 'Buy it Now' price of £850, that reserve could be a little high. 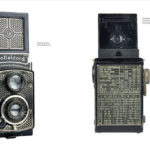