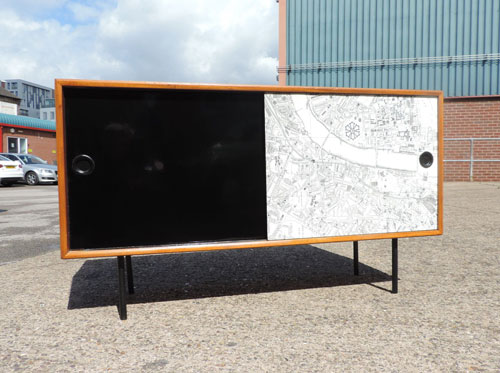 Not sure we would have quite been so sold on this if it had a plain front. But it doesn’t. This is a 1950s sideboard with a Thames scene on the sliding door.

That scene is on the Formica doors, a 19th century scene on a 1950s Heals sideboard. The seller confusingly says that is a ‘later design’, which hints that the doors were added later. But it still looks good and is guaranteed to beg a talking point, especially if you are a resident of the capital.

No real mention of condition, aside from it being of ‘great quality’ and having a ‘beautiful grain’, but you can check out some close-up shots on the listing. 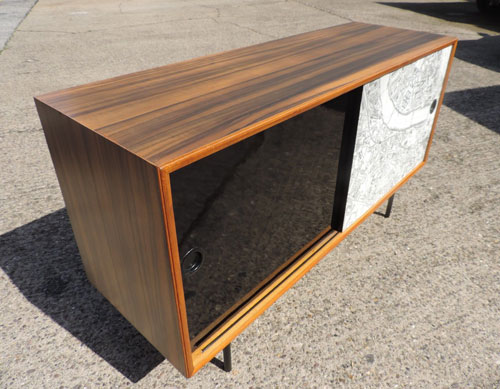 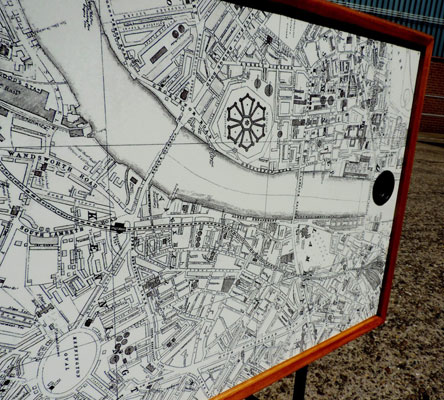