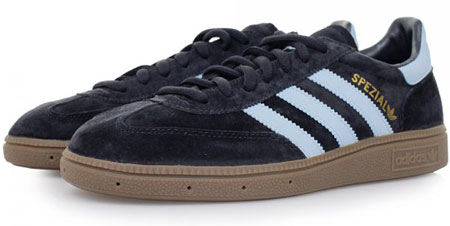 These 1970s Adidas Spezial trainers are back on the shelves, specifically in a dark navy colourway.

This shoe was originally released in 1979 as handball footwear, but is perhaps better known as a terrace favourite as we entered the 1980s. This reissue keeps the looks of the original, but is finished with a treated suede upper for a vintage look and has the contrast three stripes and heel patch plus the trademark sole unit. 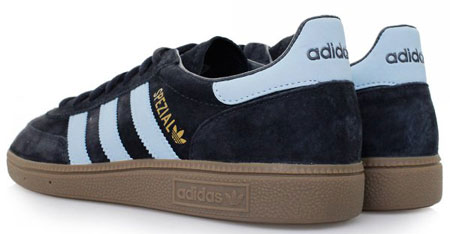