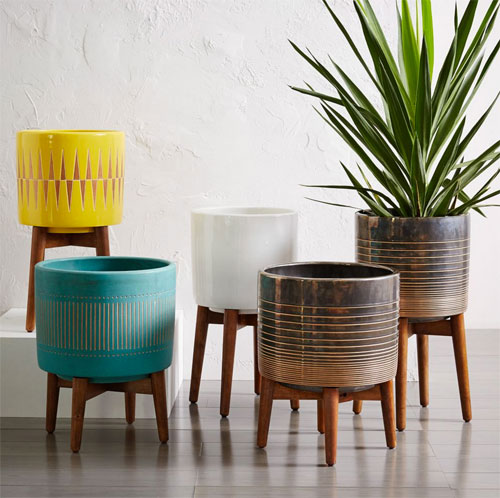 We featured the plain colours of these a while back, but it looks like even better takes on the Mid-Century Turned Leg Planters have landed West Elm.

Actually that should be ‘landing’ as not quite all of the range has appeared on the retailer’s site just yet. For now, the ‘wide’ versions of the planter have got the patterned designs, with the ‘tall’ still to appear. Should be here in a matter of weeks though.

All have tapered wood legs in walnut, which support the ceramic pots above. We’re particularly sold in the yellow and blue, which ooze a mid-20th century vibe.

£149 each for the wide versions, with the tall landing in March for around the same price, 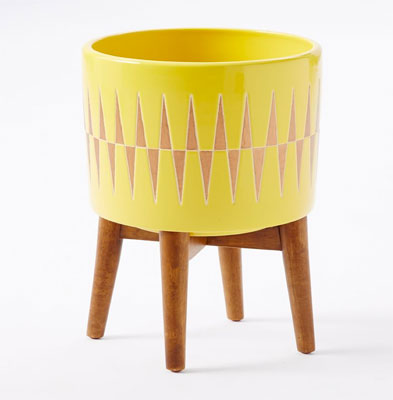 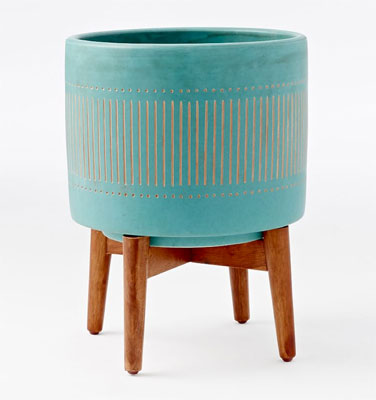 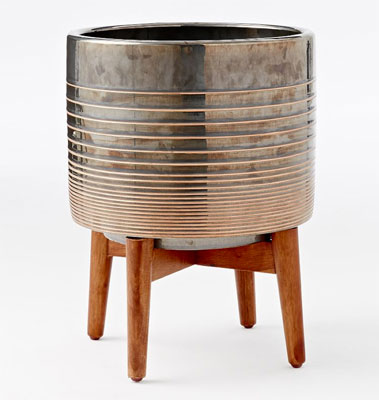