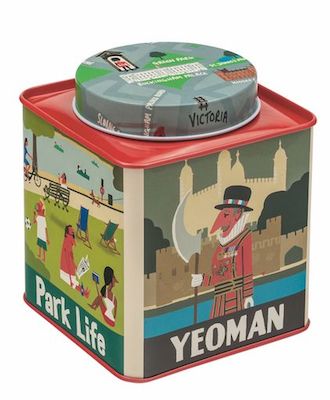 We're big fans of Paul Thurlby's illustrations, so were really excited to spot his London tin collection while on a shopping trip this weekend.

The tins use the same charming imagery that featured in his L is for London book and postcards. Different scenes have been used across tins of variety of shapes and sizes – from a tea caddy as shown above to pocket sized numbers.

While we saw them in the flesh, there seem to be a limited number of online stockists so far – with Angela Reed having the best selection. It also looks like there's a tray in the same range imminent.

Order them from Angela Reed. 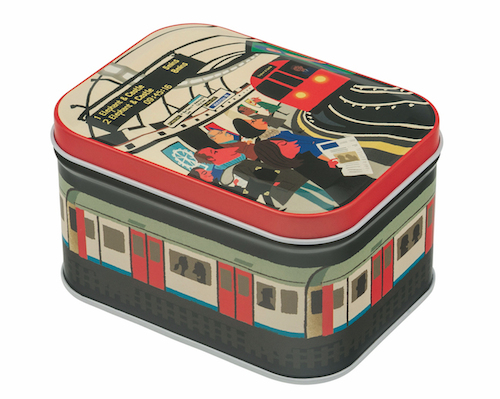 Buildings of Disaster: The Dakota Building