These actually came out a few weeks ago but somehow we missed them. That’s surprising seeing as one of our contributors actually did the text for these Mid-century Modern gift sets by Thames & Hudson.

As you probably know, Thames & Hudson produced the wonderful Mid-century Modern Complete book back in 2014. It has now followed that up with these gift sets, produced in conjunction with graphic design studio Here Design.

There are three sets to choose from, one featuring 100 postcards of design classics, a set of four concertina books and finally, three notebooks. All are essentially a tribute to the pieces featured in the original Dominic Bradbury book, but reworked in illustration form and featuring sleeves using colours very much of that era.

The four foldout concertinas are reference books, with each illustration accompanied by text by Frances Ambler (of this very site) and the postcards are what you see featured here, with illustrations and detail shots of thew chosen pieces.

Mid-Century Modern: Set of 3 Notebooks at the Amazon website

Mid-Century Modern: Icons of Design at the Amazon website

Mid-Century Modern: 100 Postcards of Iconic Designs at the Amazon website 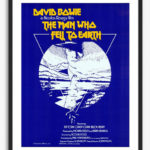