Skip to content
36shares
Note all articles are independently researched and written by myself. However, if you buy via one of the links it may be an affiliate and I may earn a small commission.

30 years on from the 1986 World Cup and those two goals against England, Puma has reissued the boots responsible. The Puma King Maradona Super boots.

I’m not sure if these are for collectors or players. At a guess and looking at the price, probably the former. But if you want a kick about and money is no object, kick away!

The boots are made of kangaroo leather and a portrait of Maradona on the tongue, his signature on the uppers  and an embossed number 10 on the heel of the boots. There is also a map of Maradona’s run for that rather special second goal against England too (as opposed to the controversial first one).

As we said, definitely not cheap. If you want to secure a pair, you are looking at £180.

Find out more at the Pro Direct Soccer website 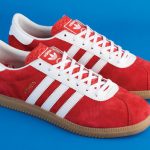 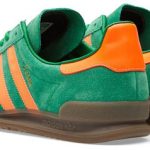