If you love the film, there’s a good chance you probably already own it. But on the off-chance you don’t, you might want to check out the new special edition Blu-ray version of Kes.

Ken Loach’s 1969 classic, described by Jarvis Cocker as ‘the best film ever made’, is reissued on 7th November in this new format. But you can pre-order now. Not seen it? It’s about a boy and a bird. But so much more than that. It’s about growing up and how everyone, no matter how much they have been written off, is someone special.

If you do, you’ll get a disc popping through the letterbox in a few months containing a high-definition restoration of the movie, which was supervised by Ken Loach and director of photography Chris Menges and complete with uncompressed PCM audio.

The reissue also features the original British soundtrack and international, partially dubbed soundtrack, the original theatrical trailer, new and archival interviews with cast and crew plus a booklet featuring new writing on the film and archival material.

Pretty much all you need. Some stills here and the trailer below. If you want to pre-order, you can do that via Amazon for £19.99.

Find out more and order at the Amazon website 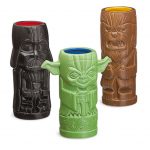