We did mention these some time back, but since then the range of classic Vogue cover prints at King & McGraw has increased and worth a second look.

It isn’t just an increase in number, it’s also an increase in years and imagery involved. The original prints went up to the late 1930s, but the new range goes pretty much to the end of the 20th century. Ideal if you want something from the ‘60s or ‘70s on your wall. You can also get the imagery from the magazine too, not just the cover shots.

We have picked out a few of our favourites, including the classic October 1967 edition featuring Twiggy, as captured by Ronald Traeger. There’s also the July 1950 cover below (the work of John Rawlings), April 1978 (shot by Albert Watson) and the rather pop arty cover from September 1961.

So many more too, all of which are worth browsing. Prices vary depending on size or if you want the print framed or unframed. But as a guide, you are looking at anything from £75. 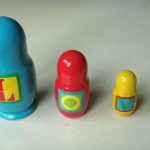