This made it way around the cinemas a couple of months back. If you missed it, you can always catch up with My Generation on DVD and Blu-ray.

If you are a fan of the 1960s and the whole swinging London thing, you probably want to check it out too. This is a movie-length documentary directed by David Batty and written by the iconic writing team of Dick Clement and Ian La Frenais, with Michael Caine as co-producer and narrator. That is some line-up.

The subject matter is essentially a journey through the swinging sixties and its impact on scary today and its legacy for the modern era. That story is told using archive footage and music, with contributions from some of the movers and shakers of the day.

That includes the likes of Paul McCartney, Roger Daltrey, Mary Quant, Marianne Faithfull, David Bailey and Twiggy for example. But they aren’t the stars of the show. That footage is.

The director worked through over 1,600 hours of material, not least the work of noted 1960s filmmaker Peter Whitehead, who contributed previously unseen footage of Michael Caine, Mick Jagger, Julie Christie, The Rolling Stones and many others. All that work was pretty time consuming too. The documentary too over five years to come to fruition, with the aim of being the definitive record of the era.

You can make your own mind up about that on 28th May, when My Generation is released on DVD, Blu-ray and the special edition set you can see pictured above. That one includes a Blu-ray, DVD and a digital download.

Prices vary depending on you’re choice of format, but all are available to pre-order right now, starting from £9.99. 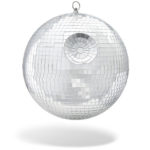 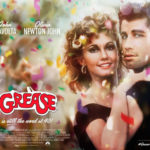 Grease returns to the cinema for 40th anniversary